Sofia Otmalm
20
My ME and EDS story

I couldn’t see anything but I felt a blade against my throat. I couldn’t move. I was filled with pain but couldn’t call for help. My body was filled with electric shocks that came from within my body, and darted out thorugh my finger tips and the soles of my feet.

I could feel more and more of my joints dislocating, but I couldn’t do anything to put them back in position. My days were willed with suffering, from sprains, pinched nerves and damaged ligaments. I couldn’t even speak because of the pain and the shock my body was in. I was in constant fight for survival.

On the fifth day, the pain in my body was so intense, it felt like I was taken oven by darkness. I was ready to go. I hadn’t eaten or drunk for a long time. I was ready to die. I didn’t mind, I had fought for as long as I was physically able to, and I was happy about the life I had lived.

Then suddenly, something happened. There was a sensation of light and warmth coming towards me, and my pain was replaced with a beautiul sense of wellbeing and ease. I’d never thought it was possible for me to experience the kind of happiness that flooded through my whole being at that moment. As the light came closer, I saw something in the corner of my eyes. There were dead bodies, millions of them, heaped on the bottom of the sea. I knew they were people who had met the same fate that I had.

Then I felt something lift me up, out of the water, and I was back in my dark room and my torturesome body. This is when my private, silent, invisible fight for survival changed, and I became who I am today.

But I believe in change. I believe that things can change for us, if we can be heard and seen while there is still time for us.

I want to build a society where everyone’s voices are heard, where everyone gets both the help they need, and the support they’ve been searching for for so long now.

It is time to open our eyes to what is possible, what we can do.

How I made my invisible illness visible.

The whole thing started with me loosing faith in the health care system. But what I found was faith in myself!

According to the doctors, my illness was all in my head. I could agree to that to some extent, so I asked for an MRI on my brain. When the answer came back they said everything was in perfect condition, as usual. But as my voice and faith in myself had grown stronger, I took matters into my own hands.

Like a stubborn 6 year old I said to myself, loud and clear: I know best! I knew that I had more knowledge about my situation than the doctors did, there were things they couldn’t see that I felt. I could see the whole puzzle, but the doctors were blindly searching for a corner piece, and without it they wouldn’t even start laying the puzzle with me.

I went back to the MRI clinic, got my scans transferred to a CD, went home and was completely wrecked after the ordeal. The pain in my nerves, and the muscle cramps that pulled my joints apart, kept me awake that night.

The day after, I was determined to continue. On shaky legs I walked into my office. I started the computer and looked at the pictures that were supposedly ”perfect”. My heart stopped, I broke into a cold sweat, and could only hear my own pulse. The shock rushed over me like a cold wave. On the pictures, I could see that my brain looked beaten to bits. Parts of it had fallen down into my spine and my vertebrae looked broken. I had to prove what the doctors said was invisible!

After fighting for another few months, I finally got to see a neurologist who could confirm my injuries, and a lot more! He could see the blade I felt towards my throat. It was piece of bone that had come off after the arthrodesis.

The journey home from that doctor’s appointment was a long one. I had no one to help me with my wheel chair, so my injured cervical spine was injured again. I knew that the effort would make me worse, but I had no idea that I risked my life in order to make this invisible disease visible.

I don’t want any more people to endure this fight in silence. The doctors can’t call our disease invisible, when they are blind to the tests that are actually there to prove our injuries.

Truth is, that in today’s Sweden, there are people with severe illnesses that don’t get any treatment and help they desperately needed. Truth is that ignorance is reaping young people’s lives. Truth is, I’m far from the only one with similar experiences. I am just one of MillionsMissing.

Do you see ME now?

Do you have questions for Sofia Otmalm?

Log in to ask Sofia Otmalm questions publicly or anonymously.

Sofia Otmalm
My ME and EDS story
Posted 5 months ago
Hi everybody!
I am trying to spread awareness about ME/cfs. With this photos I'm trying to show that ME is so much more then chronic fatigue.

Do you prefer or dislike any of these photos?

Thank you for your time!
❤️🙏❤️

Best regards
Sofia with sever ME and hEDS. 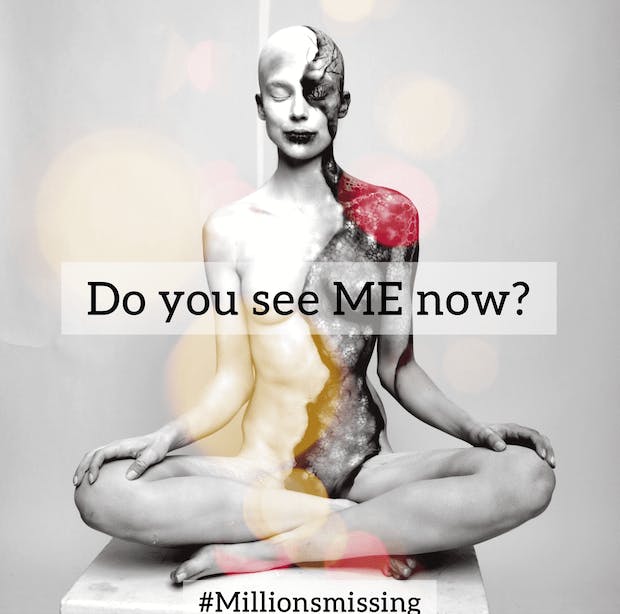 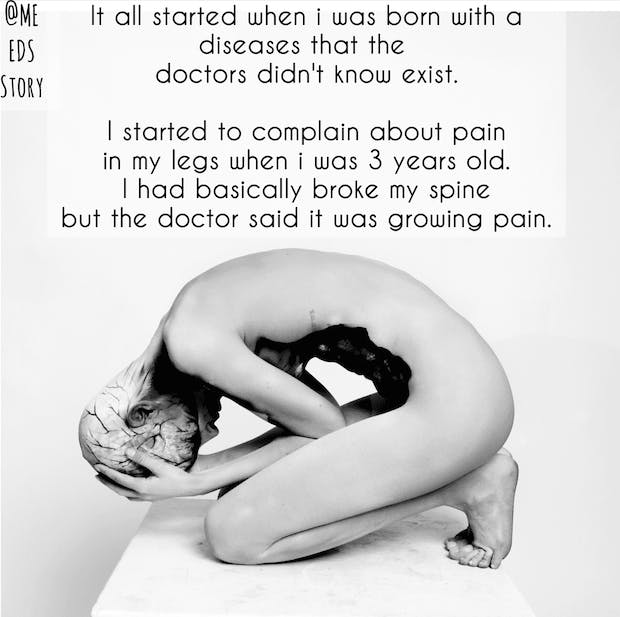 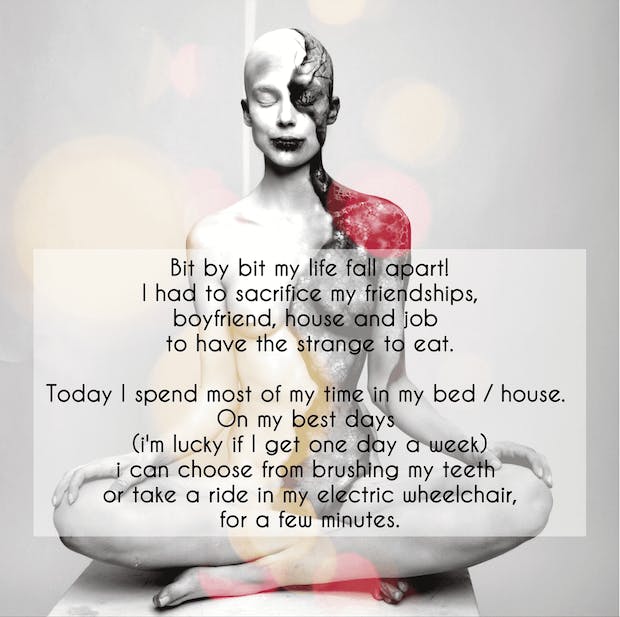 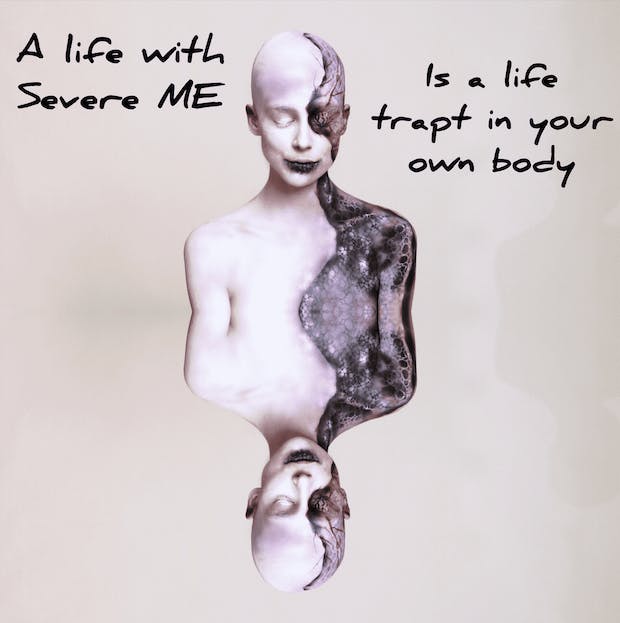 Liked by Michelle Templeton and 1 other